The creative areas in the Paris region

With 309,000 jobs in 2007, the Paris region has a 45% concentration of jobs in the creative industries, representing 5.5% of employment in the region, as opposed to only 1.9% in the provinces. The “cinema/audio-visual/photography/music” and “live performances” provide more than four jobs out of ten in the creative industries in the Paris region. The typology shows the centre of Greater Paris: the city of Paris along the banks of the Seine in continuity with Issy-lesMoulineaux and Boulogne-Billancourt and in the central districts of the Right Bank in continuity with Levallois-Perret, Neuilly-sur-Seine and the communes of La Défense. East of Paris, communes such as Vincennes, Montreuil, Joinville and the historic Bry-sur-Marne centre stand out. North of Paris, Clichy, Saint-Ouen and Saint-Denis are prominent. In the heart of the metropolis, all the activities of the creative industries are to be found. The simultaneous presence of a specialist labour force, consumers and producers of content, those who commission the work, specialist schools, institutions and financial bodies create synergies and provide the identity for the cluster of creative industries in the Paris region. 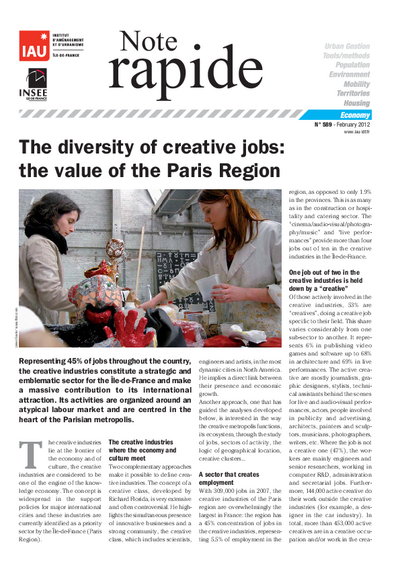 The diversity of creative jobs: the value of the Paris region

Representing 45% of jobs throughout the country, the creative industries constitute a strategic and emblematic sector for the Île-de-France and make a massive contribution to its international attraction. Its activities are organized around an atypical labour market and are ... 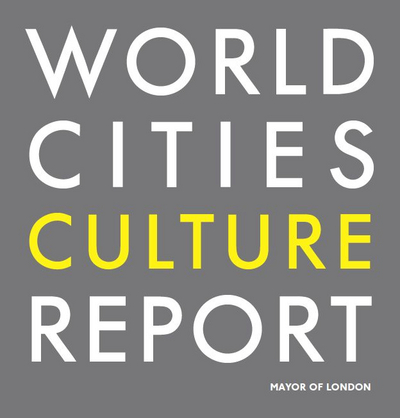 The World Cities Culture Report 2012 is a major global initiative on culture and the future of cities, set up by the Mayor of London. The level of detail of the cultural data collected across the cities is unprecedented, and represents the primary achievement of this ...