The study of the “Tripoli City Centre’s Architectural & Urban Charter” has been developed by ECOU with the IAU île-de-France technical assistance. This second report focuses on the development and networking of public green spaces in Tripoli within a real green urban network.

Tripoli has a number of green spaces insufficient by international standards

A significant potential to increase the city green cover

The Mediterranean basin is one of the regions with the highest biodiversity in the world. There are significant opportunities to improve the quantity and quality of green spaces’ offer using reasonable means. The city has several public gardens. And people go to public gardens, which proves the latter meet a demand. But the green spaces are unevenly distributed in the city. The city’s districts less well served by green spaces are, also, the most recent quarters. However, the non-planted open spaces are those that offer the highest greening potentialities, since green spaces can be created in there, or planted with vegetations compatible with other uses, at a lesser cost than from a developed area. Most of them are formerly cultivated lands. These lands bear mature vegetation and a high biodiversity. There are therefore proposed as future green spaces. Cemeteries can also be integrated in the green network as well as semi-public or private gardens, and the beach.

The Green Belt as the main project of connectivity in Tripoli

Our proposal consists of ambitious orientations in favour of green spaces in the city in order to preserve and highlight the urban landscape, improve the inhabitants’ quality of life, and safeguard and develop the biotope. It lays on two major projects : the Tripoli City Centre Green Plan, and the Tripoli inner Green Belt. The Green Plan will provide the city with the creation of a set of new public gardens mainly in the eastern Districts, allowing the latter to reach 27 sq m public green spaces per inhabitant, far above the 10 sq m standard. The Green Belt will transpose the city limits of Tripoli on a much broader scale. And a continuous green line will link major parks and host a cycle path and a pedestrian walkway. 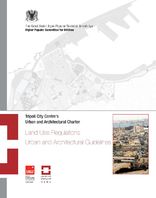 The study of the “Tripoli City Centre’s Architectural & Urban Charter” has been developed by ECOU with the IAU île-de-France technical assistance. This first report focuses on updating the land use regulation in the study area which includes the city centre of Tripoli, whose ... 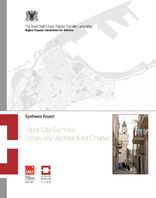