Spatial organisation and project's areas in the Paris region

Since the early 2000s, the Paris region’s economy has experienced deep economic and societal change: the blossoming of “start-up factories”, the emergence of new office districts and business parks, the development of new cultural amenities, the setting up of methanisation units in the region’s farms, and so on. In 2008-2009, the fall of property prices had a windfall effect on economic activities in the centre of the Paris region which benefited from some major developments completed and delivered in the heart of the agglomeration.
In spatial terms, economic activity is considerably more concentrated and polarised than the residential function: 93% of jobs and 96% of office space that provide work and workspace for 89% of the population are in the central agglomeration. Paris and the 19 largest municipalities account for 50% of regional employment. After some spacing out in the 1990s, the spatial organisation stabilised in the 2000s due to the dynamism of the inner suburbs. Between 2007 and 2012 the inner suburbs represented over half (55%) of employment gains. The development of districts and municipalities located to the east and north of the Paris agglomeration helped reduce the imbalance with the west of the agglomeration. Digital companies stand out by seeking to locate in more urban and central areas: 80% are in the heart of the Paris agglomeration. The circular economy, which is still at an experimental stage in the Paris region through 87 initiatives, is likely to gain more and more momentum. The Grand Paris Express metro network project also has a major role to play in the transformation of the Paris region as a growth driver of the capital in the future. 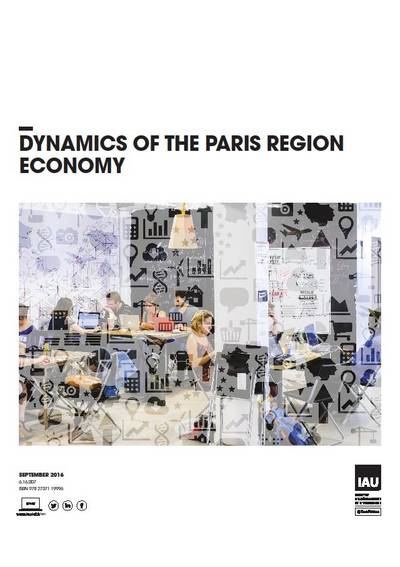 Paris Ile-de-France, the French capital city region known internationally as the "Paris Region", remains relatively unknown. On the basis of the latest available statistics, this report provides an overview of the Paris Region economy and describes its major transformations ...