The French government has earmarked the Seine Valley development project as a major national priority.

A 2015/2020 EUR 1-Bn Master Plan devised and funded by the National and Regional authorities and supported by the EU is under way with the objective of financing the multimodal infrastructure and equipment the territory requires to fully play its part as a visible and successful economic region within the global competition while providing French capital city with an indisputable maritime dimension.

The project also boasts a Pan-European dimension, since the European Commission has recognized the Seine Valley territory, from Greater Paris to Le Havre and the Normandy shoreline, as a key link of the Atlantic Corridor through which East-West connectivity within Europe is to be reinforced.

While implementing a collective strategy that consists of providing Paris with the dimension of a 21st century maritime powerhouse, the public and private project’s stakeholders are committed to turning the Seine Valley and its territorial components into an efficient and sustainable Logistics and Industry-based Gateway. 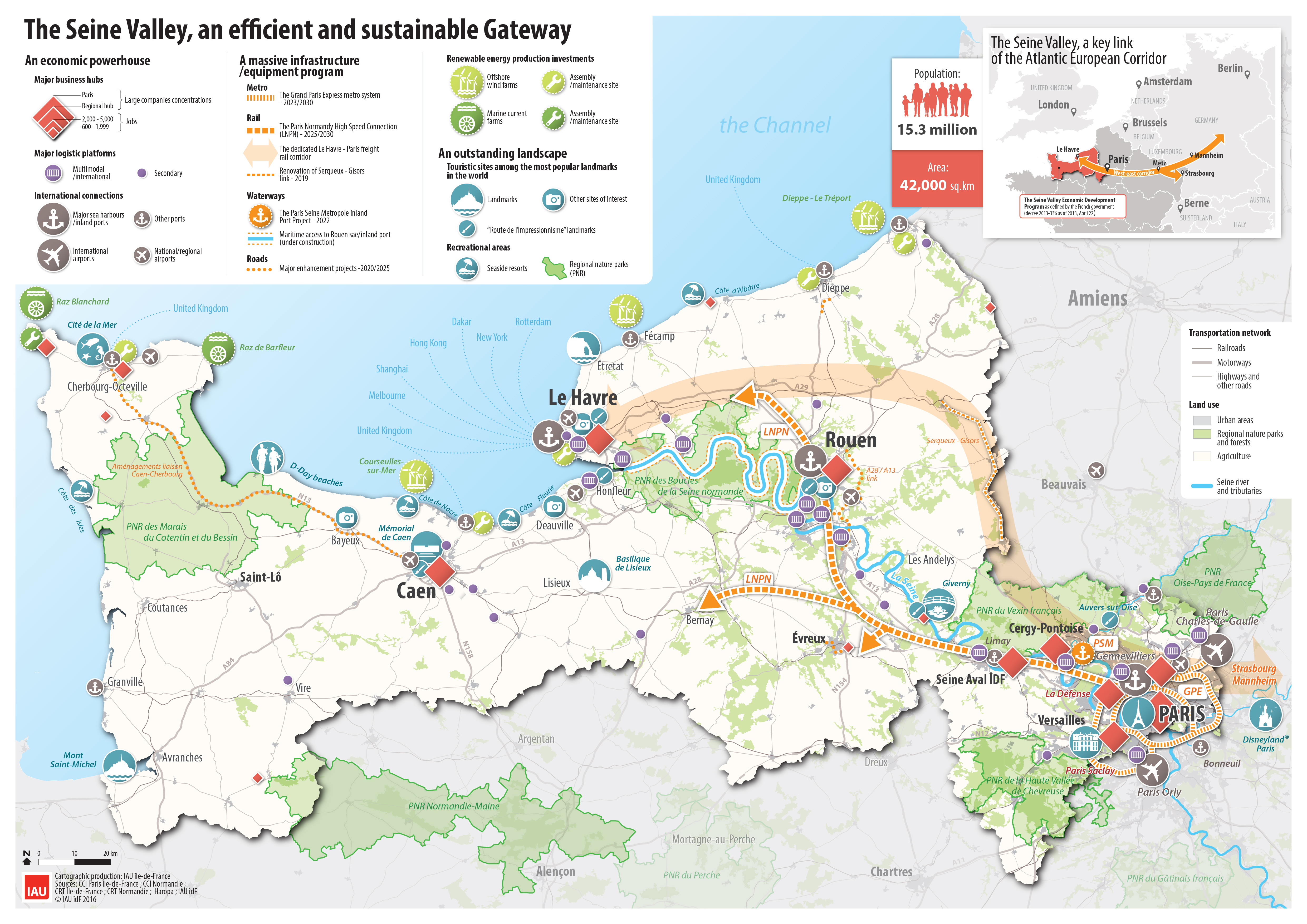 The Seine Valley (15.3 million inhabitants, a third of the French GDP) covers an area from Greater Paris to Le Havre and the Normandy shoreline. It is recognized by the European Commission as a key link of the Atlantic Corridor through which East-West connectivity within ...