Helsinki: real networking of actors in R & D and innovation

The Helsinki region indeed enjoys these assets, but they are magnified by its port and airport infrastructure and its status as capital city, which gives it command functions and greater openness to the world. In this “pocket-size” metropolis, one can observe a real networking of R & D and innovation actors, promoting synergies: for instance the new Aalto University (as well as Metropolia and Laurea) connecting existing university curricula and campuses according to themes echoing the "T3" strategy pursued in the Greater Helsinki metropolitan area, or the many public and private facilitators helping to create companies and supporting them during their growth cycle. T3 means Tiede+Taide+Talous in Finnish (in other words, a strategy aimed at bringing together the science/technology sectors with art/design and business/finance ones).

The lack of FDI, of business diversification in the production system, the low mobility rate of students and researchers, the multiplicity and overlapping of powers of the organizations pertaining to the innovation system, the lack of specialization of the Finnish private sector in areas requiring highly skilled workforce, leading to a relative under-utilization of human capital and to a latent risk of manpower shortage, are among the factors restraining the development of R & D in Finland. Finally, it seems that the municipalities of the metropolitan area are engaged in a real competition to host higher metropolitan functions: thus the announcement of the creation of the Aalto University has attracted some tensions between Espoo and Helsinki to host its headquarters.

Dynamics of the Otaniemi cluster

The success of the Otaniemi cluster revolves around several key elements: urban centers providing cultural, natural and infrastructural externalities in its immediate vicinity; the presence of national research centers, largely supported by the government; quality education; the spontaneous development of companies which have become leaders in their field, with their many spin-offs in Greater Helsinki. "Co-opetitions" between companies in order to maximize profits, pull the dynamics of the cluster. Recent initiatives such as Nokia’s Innovation Mill or Otaniemi Microclusters show that Otaniemi’s actors are seeking together answers to all challenges posed by its ecosystem (international attractiveness, start-up growth) for job creation and increased added value.

This mixed area with a strong identity enjoys a great reputation. Designed to be a laboratory of contemporary housing, it has also become de facto a laboratory for the creation of ICT contents, through their full integration in public and private spaces and the presence of students and researchers from the University of Arts and Desing (TaiK). Arabianranta is as innovative in terms of its urban design as it is in terms of lifestyles, consumption and work performed there. It has many attributes sought by the creative classes of Helsinki to settle and eventually generate a cluster effect in connection with design and media arts taught in the district. However, it seems premature to consider that it is the main creative cluster of Nordic countries. 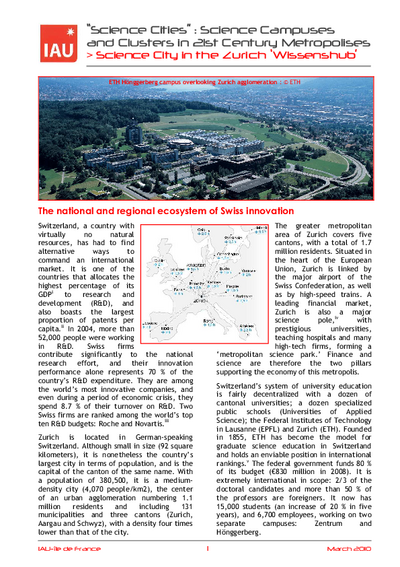 The choice of Zurich is justified by the quality of the scientific and urbanistic project being developed by the Federal Polytechnic School (ETH) on its Hönggerberg campus. ETH Zurich is one of the most prestigious engineering schools in the world and is consistently at the ... 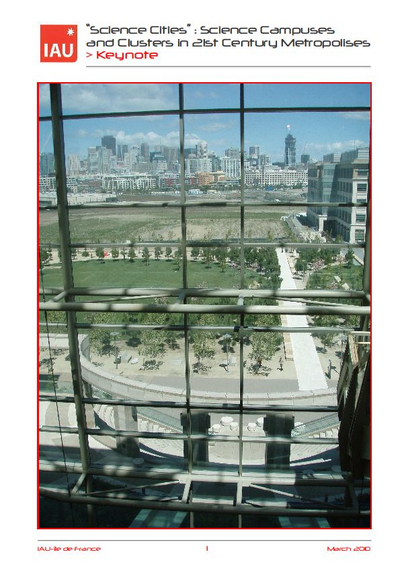 Creating science campuses that draw on an exchange of knowledge generated by different disciplines is a major focus for all cities seeking to attract innovative and creative R&D activities to their regions. These places are widely viewed as essential resources for the ... 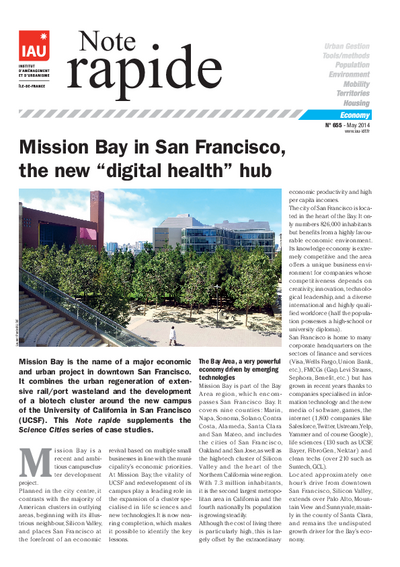 Mission Bay is the name of a major economic and urban project in downtown San Francisco. It combines the urban regeneration of extensive rail/port wasteland and the development of a biotech cluster around the new campus of the University of California in San Francisco ... 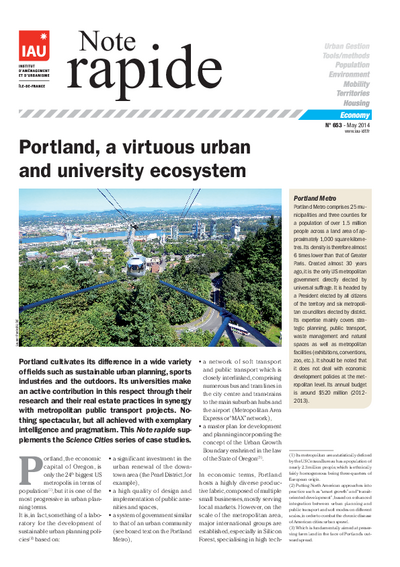 Portland cultivates its difference in a wide variety of fields such as sustainable urban planning, sports industries and the outdoors. Its universities make an active contribution in this respect through their research and their real estate practices in synergy with ... 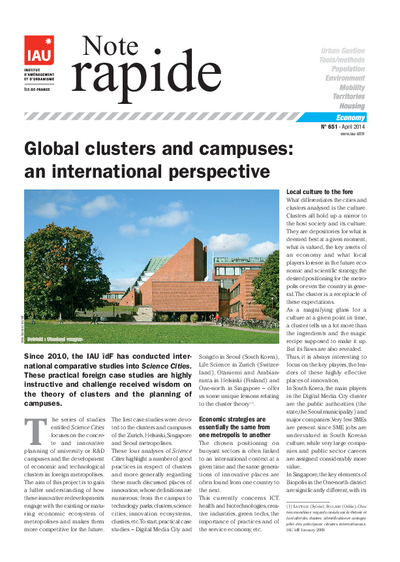 Since 2010, the IAU îdF has conducted international comparative studies into Science Cities. These practical foreign case studies are highly instructive and challenge received wisdom on the theory of clusters and the planning of campuses. The aim of this project is to gain a ... 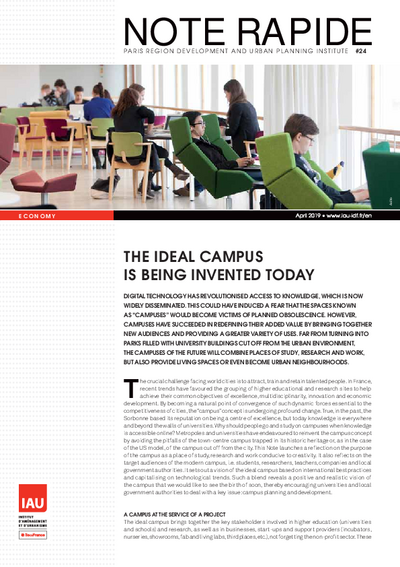 Digital technology has revolutionised access to knowledge, which is now widely disseminated. This could have induced a fear that the spaces known as “campuses” would become victims of planned obsolescence. However, campuses have succeeded in redefining their added value by ...