Paris Region is France’s leading centre for university education and Europe’s no.1 region in terms of R&D capability

Paris Region has 17 universities located on 22 sites across the region. 4 Grandes Ecoles are ranked in the Shanghai Academic Ranking of World Universities.
Paris Region public and private R&D expenditure come up to 41% of France research expenditure (€15.5 billion and 75,846 researchers).
In 2005, the French government launched its competitiveness cluster strategy with the aim of bringing together businesses, research centres and training bodies to unlock synergies and stimulate the emergence of collaborative, and, above all, innovative projects, in the face of increased global competition.

Paris Region holds a unique position as a transport hub

Paris Region is connected to the world with an outstanding transport network. It has 2 international airports with 86.3 million passengers (in 2007) and 11 business airports with 66,900 movements every year. Paris Region’s TGV (high-speed train) services place it right at the heart of Europe. Moreover Paris Region is Europe’s second largest inland port with 70 ports.

Paris Region is a region that means business

It is Europe’s no.1 destination for job creation. Paris Region offers a broad industrial base and a diversified tertiary sector. 849 investment projects that have been launched since 2003 represent 36,977 jobs. In 2007, 75,000 new companies were created.
Paris Region boasts Europe’s leading commercial real estate offering, ahead of London in the office space market with 49 million m2 (524 million sq ft) of office space, 30 million m2 (321 million sq ft) of business space…
Paris Region is a hub for business meetings and corporate events, as well. In 2006, more than 3,000 trade fairs and exhibitions took place in Paris Region.

Paris Regions is the world’s no.1 tourist destination

Its tourist sector is steadily expanding. It attracts 45 million tourists every year. In 2007, overseas visitors generated 14.8 million hotel arrivals (+4.7% compared to 2006) and 36.9 million overnight stays (+10.3% compared to 2006). Paris is surrounded by natural parks and forests. Fontainebleau forest is the largest in Europe and has been classified under UNESCO’s “Man and Biosphere” programme since 1998. A noise observatory was established in 2009: BruitParif. The region is taking steps to limit and prevent environmental pollution. 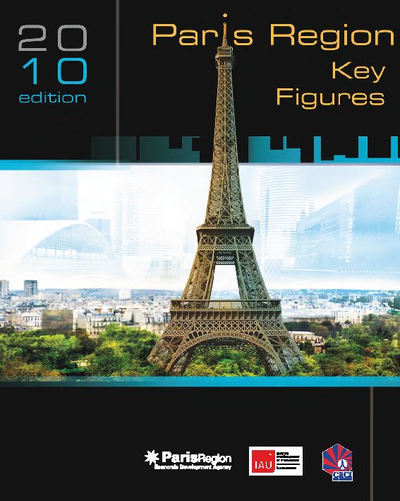 In 2008, Paris Region had an estimated population of 11,599,000 inhabitants. It accounted for 18 per cent of the French population and was Europe’s most densely populated region. A young and cosmopolitan region Paris Region has 748,000 more inhabitants than in 1999. It ...